**** This post was written a few weeks ago during a lull in our summer mayhem and then parked in Drafts. Life has calmed down somewhat, however, the 'disconnect' I speak about is still lurking about ... but we're working on it. ****


The other morning Frank came up behind me, nuzzling into my neck and ear ...

"Just want to let you know I have plans for tonight .... plans for you"

He gave me a couple of reminders through the day as we passed each other ... a swat there, a whisper here, a wink there. However, as the day wore on, I found myself slipping into what I now call my 'disconnect' mode. I have talked with Frank a few times about this. It seems to be the more 'vanilla' activities that fill the day or that take us away from each other, the more I slip away from my submissive heart (although I still work hard at keeping my actions submissive); my libido drops to zero and I feel the ttwd world slip into surreality ... It's one of the reasons I give kudos to all the young people walking this ttwd road, those with kids and/or careers to tend to. Although I do think a ttwd relationship may have benefited us earlier on in our lives, with the way our lives used to be, I truly don't think I'd have been able to do it.

After supper, we sat on the deck in the cool of the evening, reading, talking and catching up. I told Frank I was sorry but I didn't think tonight would be a go ... my head was just not in the right space. He didn't push. He accepted my explanation and said there would always be another time.

Around 9 PM Frank headed inside to watch a bit of TV. I'd been on the hunt for a new book and decided to go again with a 'new to me' author, Ashe Barker (I think I might have found her through PK's Reading Room). She writes very hot and sexy D/s erotic fiction. This night I started the first of a three book series and by the time it was time to go in and head for bed my mood had definitely turned. Before going to bed, I found Frank in the living room. I piled onto his lap for a hug and gave him a long lingering kiss, wanting him but thinking I shouldn't be re-initiating what I'd already turned down. I climbed into bed with a hope that he'd soon follow.

When he got in bed awhile later, he pulled me into him, my back to his front, skimming his hands over my nipples. The man reads me like a book. He continued with soft, light breast play, my nipples now rock hard.

"Go get your headphones and put on your music" ... he said, slipping out of bed

After we were done, I draped myself around him and tucked my head under his chin and on his shoulder. Sated, tired and sleepy, I  asked ...

I felt him lift his head and look down at me ...

"Was it what you wanted or expected?"

"No, I didn't have expectations"

"What do you mean?" ... Frank responded, sounding puzzled

"I didn't want to know ... just the anticipation of what you might do ... that's always the excitement for me" ...

Ahhh, I see ... his plans were his plans and not mine to know ... and, as is usual these days, my Dominant man always has the Last Word ...

Thanks for dropping by! ... nj

By NoraJean at August 31, 2018 38 comments:
Email ThisBlogThis!Share to TwitterShare to FacebookShare to Pinterest

A Terps Meme via Hermione ...

Since the last one was so much fun, here's one more meme courtesy of Hermione and Terps ...

Me ... I changed desks to his side of the classroom the day after he walked into the class.

For about 2 weeks. He had returned to school as an adult student to pick up a course but he only lasted a couple of weeks.

Worse temper?
Me ... visibly ... he stuffs it deep inside and goes silent.

He is ... when he's out and about in the yard, we lose him ... he's always yakking to one neighbour or another.

Usually me but he is up first to do chicken chores, and in summer, veggie garden watering and tending.

He does ... a huge family! 100+ with 5 living generations, almost all living within the same geographic region.

Flowers?
I enjoy the occasional bouquet.

Who cooks the most?

I do all the cooking ... even the grilling

Me ... I have a tender heart but he's not above tears if something moves him.

Said I love you first?
He did.

He has/had a beautiful tenor voice that he no longer shares. He was a choir singer, a rock band lead singer, and sang and played guitar around the campfire for many years. Arthritis stopped the guitar playing and subsequently the singing. If you don't use it, you lose it.

We are both good drivers but after a near fatal car crash in his late teens, where he was the passenger, he does not like the control of the car to be in any hands but his.

He has it all to himself because I rarely watch TV ... however, I am a tech-head so I do all the DVR programming, etc.

Depends ... I have and buy the most clothes and shoes. He has the oldest wardrobe ever ... I have to nag him to buy clothes. He wore a uniform type of work clothing for many years. That habit carried on into retirement where he wears jeans and white tees in the summer and jeans and black tees in the winter. However, he does clean up pretty good when its time to get fancy ... in his old fancy clothes :))

I have an upcoming art event I need to be heads down getting ready for so if I am missing in Blogland for a bit, that's why ...

By NoraJean at August 12, 2018 29 comments:
Email ThisBlogThis!Share to TwitterShare to FacebookShare to Pinterest

The morning started early, as it does these summer days, with our new ritual, followed by some reading on our tablets, some cuddling, touching, playing and hand spanks. Just before 8 AM, Frank got up and headed to the ensuite to get dressed to go do his chicken farmer duties, asking me what my day looked like. I, still in bed, said I would be staying around home, catching up on some housework, doing some work in the studio and I had the littlest little to look after in the afternoon.

Frank, now standing in the doorway, jeans unzipped, tucking in his white tee and threading his belt (yum!) ...

"You can wear that today with no underwear. It'll be cooler for you" ...

If you know me from earlier posts you'll know dresses are not a favoured attire of mine, although I have to admit I do wear them and skirts more often now, since our early Girly Girl conversations. However, since we were both still in a playful mood, I figure it's reason to give him a bit of smart talk about the required attire ...

He came back into the bedroom, grinning and advancing on me with a look that said ... "really? ... you're going to push me on this?" and me, still being silly, laughed and I think I might have stuck out my tongue. Up went the eyebrows .. he has big bushy eyebrows ... and over I went. His lovely old worn belt is still lying right at hand on his bedside table ... and before I knew it he'd picked it up and landed a couple of good swats. At this point I was still laughing but also yelling 'Uncle, Uncle', trying to swim across the bed. 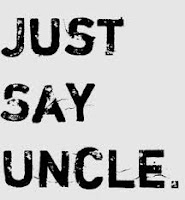 He hauled me back towards him and now spanked harder, the belt landing several times across both cheeks. I quieted down real quick, not sure if he was serious and ready to take it further but he stopped, letting me up. He then leaned in to kiss me and said, with a smile ...


Our summer time company starts arriving later today. Spanking and anything else kinky will be on the back burner for several days ...