We're on the ferry, heading away for our second mini getaway of the year ... a so, so needed break from our busy lives ... a couple of days and nights for the two of to hang out by ourselves with no chores, no to do lists and no interruptions.

Frank has mandated it is to be a Girly Girl weekend so I am complying ...

This time around we've booked into a private vacation rental ... a cozy apartment over looking the ocean ... no noisy (or nosy) hotel room neighbours to distract us (me ;)) There is the home owners to consider but their house is way on the other side of the property.

In addition to all that fun, sexy stuff, there will be beach walks, shopping (we occasionally miss big city shopping and selection), car rides and good food ...

... our destination is a few minutes away so time to head back down to the car ... have a good weekend all ... I know we will!

... thanks for dropping by ... nj
By NoraJean at September 28, 2018 12 comments:
Email ThisBlogThis!Share to TwitterShare to FacebookShare to Pinterest

We'd been holding onto ttwd land by our finger tips for several days. The 'to be had' discussion talked about the day of the last post, never did happened. If it had, I'm not sure I could have articulated to Frank what was bothering me, because, even in my own head, I couldn't put it into words.

After the drama of the previous post, we both knew we had to do something so our pre summer routine of daily morning spankings were restarted and those were helping until they weren't, because then they didn't happen, because life did ... back to school days arrived with new work schedules, new schools, and although, I am no longer doing full days of childcare, I do help by getting littles out the door in the morning, and delivered to buses and schools ... which mean early mornings for me ... and have I ever mentioned? ... I am NOT a morning person.

This past Friday was the end of the first week. I arrived home after delivering my charges, a little tired and a little grumpy, and was sitting at the breakfast table, reading the paper. Frank came up behind, gave me a hug and planted a kiss on the top of my head. I reached up behind me, thanked him and hugged him back. Then he made a classic Frank move ... he slipped his hand up my tshirt, heading for my breasts. And the old Nora Jean in me responded instinctively ... I pushed his hand away, yanked down my shirt and made a not very nice comment - one that included something about not wanting to sit at the table with boobs hanging out.

I held my breath, and didn't look at him, not sure what was going to happen next. However, he only made a 'hmmm' sound and moved on with getting his breakfast, etc. I carried on reading the paper.

It was a quiet for awhile, with a bit of small talk here and there, as he ate his breakfast and I drank coffee, still reading. When I went to the sink the rinse my coffee cup, suddenly he was there with his hand outstretched toward mine ... "oh crap!" ... sure enough, my hand in his, we were headed towards the bedroom.

He has a new favourite spanking position. He plants a left hip on the bed with that leg, from knee down, hanging over the bed and his other foot on the floor. He pulls me over the thigh on the bed, tucks me in close and if I get too squirmy, he simply hooks his leg on the floor over my legs ... yeah, I know, can you say trapped! ... and this is how I found myself now, bared with pants and panties down around my ankles. I buried my face in my hands in the bed, waiting.

Frank is a man of few words ... very seldom is there anything resembling a lecture happening during a spanking. However, as he rubbed my bum, he commenced ... saying things had gotten out of hand and I would be talking about it. He also would not have me pushing him away and turning him down as I did in our pre ttwd past. And then he began spanking ... hard! ... really hard! ... all with no warm up! and no stopping ... it seemed to go on forever and I lost track of how many as he continued talking. At this point my recollection abilities really went south ... but the gist of it was ... in pushing him away I had made him angry ... he took a pause to have breakfast, calm down and collect his thoughts. He gave me a chance to come around but I continued to sit there moodily sulking and he wasn't having it. When that used to happen in the past, he would get stressed and angry and he was not going back to that way of life. I think he was trying for a release of tears (and I have since confirmed that was his goal) but I haven't cried during a spanking yet and I don't know that I ever will but crikey, it hurt! I was huffing into the bed covers by the time he was done.

He pulled me up and motioned for me to get on the bed and then he got on with me, pulling me into him ....

And so we did. I returned to the theme of feeling lately, that everything ttwd seemed to be about sex. I was tired and grumpy when I got home that morning. I thought it was sweet that he was consoling me with a hug and a kiss, until he went in for the grope. He reminded me that he likes to touch me ... it's his way of showing love, dominance and control and although it might seem sexual to me, that's not always what he's aiming for. And he reminded me, as part of our ttwd dynamic, I have agreed to him having that dominance and control, and open access to my body.

It was a long talk ... once we got past the real, but as it turned out, superficial issue of me feeling that our ttwd life was no longer any deeper than sex, I did cry. We sorted through some very personal concerns, not meant to be shared here as it involves family matters and in the end I felt the release of letting it all go.

As I snuggled in for a cuddle, I thanked Frank for taking charge and asserting himself. I also mused how it was such a mystery to me that I, a strong, capable woman, one who should be able to manage her own life and behaviour, could have her turmoiled mind set straight by an over the knee spanking by her husband ....

He lifted my chin and raised his forefinger, gently tapping the middle of my forehead

... thanks again, for dropping by ... nj
By NoraJean at September 10, 2018 11 comments:
Email ThisBlogThis!Share to TwitterShare to FacebookShare to Pinterest 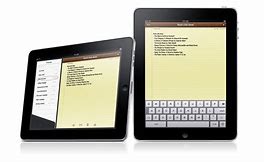 I keep somewhat of a journal using the Notes app on my iPad (I can't remember what I had for breakfast yesterday so if I didn't make notes I'd have nothing to blog about :>)). I break the notes up into 2 week increments. When I went to make an entry one day in late August, I saw there was nothing written for the Aug 1-15 time period and I hadn't even started an Aug 16-31 note ... so no journal entries at all for almost the entire month of August.

What does that tell you? It tells me the wheels fell off the ttwd wagon last month. I was feeling very disconnected from the ttwd world ... mostly due to getting ready for company ... hosting 2 sets of company .. making a quick trip to the city on my own ... returning to get ready for an art event and then putting on said art event. Add in a bit of kiddo sitting here and there, plus overall, being apart from ttwd Blogland ... all in all it was a recipe for ttwd disaster.


Frank also had been busy the entire month with 'have to get done before the rain comes' outside projects involving jobs for relatives and jobs of his own so his head hadn't really been in the game either.


We woke up about the same time as usual, starting with me cuddling up and putting my arm around him. He directed first my hand and then my mouth to the part of his body he wanted woken up the most. After giving him a fair bit of care and attention, it was time for our morning ritual resulting in a vibrator assisted, him observing, orgasm for me, followed by one for him. Later, after I'd showered and was about to get dressed, he requested I come out and show him that morning's selected underwear. I did ... putting on my bra on the way out of the bedroom (is it underwear or not? ... I vote yes but apparently not, because I got a chastising about not listening to him) ...

I got fairly cheeky about it which immediately earned me an over the bed spanking ... hand and belt ... followed by a directive to turn around as he was going in for round two for him. At which, a few minutes into the game, I casually observed ...

Well that put an end to that ... he up-righted me and sternly talked about me disrespecting and not listening to him over the past few weeks ... and gave me an example of the latest indiscretion, where I'd protested "not here, not now"

In an alone moment in a somewhat public place, he did something he often does ... he tugged down on my chin, directing me to open my mouth, as if ready to receive him. Now that's not sexual?? ... yeah, I don't agree ... it totally is. I was somewhat laughing and joking about it as I debated this point with him, when he said ...

A disappointing end to the story, you say? ... yes, I agree, it was very disappointing for me as well. I continued to waft along through to the end of the month, uncertain where we were going with all this.