I've come to realize I have a couple of perhaps odd visuals in my head when it comes to time and the passage of time.

My visual for a year is a flat spherical ring ... like the rings around Saturn except without the planet in the middle. The spherical plane is dissected where December ends and January begins. As we've aged, our annual trips around the sphere seem to have sped up. 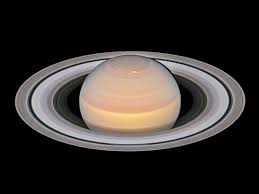 My timeline visual for life is a runway ... you touch down at the start and depart at the end. 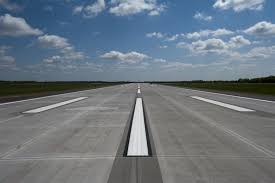 Putting sexuality aside for a moment, I think how one feels about aging depends on where you are on the runway of life .... if you're in advance of midpoint - other than perhaps having a momentary crisis when a milestone birthday is reached, aging is something to think about a little further down the runway towards takeoff.

Where we sit now on our timeline of life, there is much more runway behind us than in front of us. The horizon that marks the end of the runway is beginning to show itself which is why the title of this post is something Frank often says to me ...

... and every time he says it, he breaks my heart just a little bit.

I suppose, in his mind, he has reasons to speak the words ...

... he is 5 yrs older than me
... he is male so therefore statistics are not in his favour
... he has been through multiple health issues, including two bouts of cancer, the last one life threatening and he's not considered 'out of the woods' until he hits 7 years cancer free - so another 3 years.
... his father died of heart disease at a young age (however, I always tell him to look to his Mom for his genes instead - she is still with us and going on 91)
... he has always been the more pessimistic one

Everyone is aging ... not a day goes by when one isn't aging :>)). It's just when you get to a certain point on that runway of life, you realize there is less time left so you feel the aging process more intimately.

What about aging and sexuality? ... for us, as an 'older' couple, I can say for the most part, keeping our sexuality alive has not been a concern. Health issues, when they've cropped up, have caused us to pause and focus on what's in front of us - but that happens no matter what age you're at. We also had one medication side effect arise that blew Frank's libido sideways for a few months (a blood pressure med - often a culprit in erectile dysfunction and/or libido issues). Physical strength and agility also can be a factor ... but if the desire and need for intimacy is there, humans are an inventive species (see 'The Stool' :>)) We are two persons, demographically considered to be 'seniors' ... our sexuality encompasses our life - and we are having some of the best sex of our lives.

I also look around at my fellow bloggers, here in this little corner of ttwd blogland - many of them are close in age to Frank and I, or not far off. They too are not suffering in the sexuality department. Despite what some of the world might think ... (Ella had a bit to say about that in her last post) ... the old folks are still thinking about sex, having sex and often lots of it - because guess what ... we have time in our day :>)) As I said in a comment to Ella's post ... a doctor once told me the highest rates of STD's are in retirement communities ... obviously the old folks are still getting it on ... how safely is another matter :>)

But back to the words in the title of this post ... the most difficult part for us and aging, is it won't be all that long before one of us will face having to live out our life without the other.

I often repeat back to Frank when he says those words ... 'But what if it's me that goes first' ... However, I truly hope that's not how it unfolds. Although I felt the gut wrenching fear of losing Frank with his last illness, and do not relish having to go there again, I do know that I am the emotionally stronger of the two of us. I am the one who has the fortitude of a strong survivor ... and being the one who is still here 'when he's gone', means I won't have to leave this world worrying about him ...

Dance me to the end of love
Leonard Cohen - 1984
(musically this is not one of my favourite LC songs but lyrically, like all his work, it's perfect)

By NoraJean at May 26, 2019
Email ThisBlogThis!Share to TwitterShare to FacebookShare to Pinterest