Many of us here have one ... a 50 Shades story. Now seemed like a good time for me to share ours ... but first I'd like to introduce you to an odd couple who've been in our lives for very many years. They will drop in from time to time in future posts, as well as this one, so a proper introduction is needed ...

Up until a few years ago, Frank and I really only fought about one thing in our many years together and that was sex ... kind of ironic, eh, considering where we are now ... 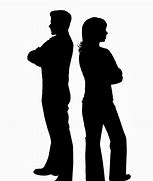 The reason? ... mismatched libidos ... as in opposite ends of the scale. I like to think of our libidos as a little Italian couple (my apologies to any of you with Italian heritage ;)) ... Luigi is loud, proud and over the top. Lola is a princess, who only comes out to play when everything is just the way she wants it.

When we were first together the Libidos were pretty well matched ... as in over the top ... like rabbits, over the top.

However, as time went on my Lola could be found in the corner, yawning and filing her nails. 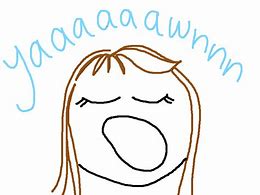 There wasn't any good reason for the change, other than the desire (but not the love) dwindled. On the other hand, Frank's Luigi continued to be present and demanding .... Frank's sexuality has always been a huge part of his personality - or at least, the personality he presents to me :>)). When he was on the prowl (pursuing me ;)), he was funny, witty and charming ... denied, he'd turn into a silent sam. He would be handsy and I would be dodging and it lead to big fights. We almost split up over it early in our marriage, but we knew we still loved each other so we sought counselling. Over time, we managed to find a happy medium .... but it was still wasn't ideal.

There were a couple of things we did to help Ms Libido deign us with her appearance ... erotica, and me finding time and place to relax and turn off the noise in my head re kids, work, school, house, family, etc, in order to read said erotica. The bathtub became the go to place .... "go have a bath and read" or "I'm going to have a bath and read" became our signal for some shared sexy time. 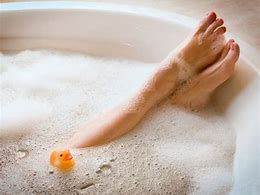 In the intervening years, after the departure of our kids from the nest and the advent of our D/s dynamic, our sex life got much more spontaneous, our fighting over the frequency of it, much less, but still some type of brain gym was almost always required to get Lola's attention. 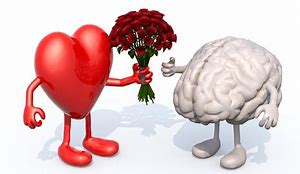 
In early 2017, I found myself deep in SADS season ... a total funk. I wasn't doing much except the bare necessities and reading. When I ran out of reading material and couldn't find any new mystery writers to follow I went back into my ebook archives to see what might interest me as a reread and thus retrieved the 50 Shades series. 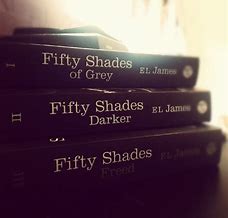 My first thought was, this list of books sure doesn't look anything like my mother's stack of Harlequin romance novels I burned my brain with, at the beach, many, many summers ago (and possibly the reason I wasn't a romance genre fan). And before I knew it, that was that .... I was in over my head reading every erotic romance of every related sub genre I could find and I am still at it a year and a bit and a couple hundred books later. Yikes! ... Frank has given up counting the number of book purchases on the credit card bill. 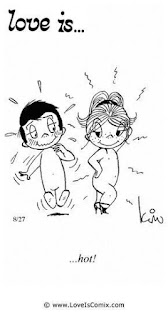 As I continued to plow through books, I came to the realization that the closeness I was developing with Frank was about something more than an increase in sexual attraction. The MC's in these books supposedly represent, to what I imagine are mostly female readers, our most desired male characteristics. I began to realize, with Frank, I could tick off many of those idealized man boxes ... and as such I began to see him in an entirely different light. 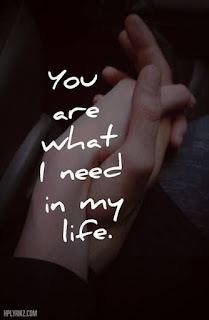 Thanks for dropping by ... nj

By NoraJean at May 14, 2018
Email ThisBlogThis!Share to TwitterShare to FacebookShare to Pinterest