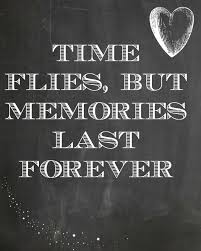 There are times when I am envious of some of the couples we know here in Blogland ... couples, like Frank and I, similar in age, who were also high school sweethearts. However, unlike Frank and I, their initial sexual discoveries were with one another ... a special kind of start for a relationship, for sure. Special memories made and carried forward through the years.

For me ... from a young age I was aware that touching myself 'down there' felt good. This early awareness was helped along by an older neighbourhood boy, who also touched me. I don't recall any feelings of hurt or fear ... only that he made me feel special and what he did felt good. I never told ... until I told Frank.

A couple of years later when I was around 9, a family of girls moved into the neighbourhood. Up until then I'd been the only girl in a pack of boys. The middle girl, a year older than me, and I became fast friends. It was she who introduced me to the ubiquitous childhood game of 'Doctor' ... with me almost always the patient.

When I was 11, an older, out of town, cousin by marriage, introduced me to the first erect penis I'd ever seen. I came upon him in full glory, masturbating in his bunk at our grandmother's house. He invited me to touch. I did ... and I still recall today, what to me is the defining sensation of touching a hard cock ... a steeliness covered by silky skin ... and perhaps, given my then still tomboy status, there may have been a bit of penis envy as well :>). He and I would continue our sexual explorations with one another ... mostly casual touching ... well, mostly him touching me, over the next few years, whenever we were together due to summer family visits. This culminated in a full on secret affair (secret because we were 'cousins'), in the summer I was 15, when my brothers and I were sent to stay with his family while our Mom and Dad moved house and home to the big city. He was my first love ... I spent a very lonely first year in a new city, pining for him ... until I met and fell in love with Frank a year later.

All of these childhood sexual experiences contributed to an early release of my sexuality. Although perhaps shocking to some who may be reading here now, if it weren't for my early sexual awareness and experience, I don't think Frank and I would have been a match. He was nearly 21 when we met and not only was he chronologically a man, he was also a man with sexual experience. For him, me being mature beyond my years, both socially and sexually, was part of the attraction. Without it, I'm not sure he'd have been interested. Sex was and still is today, very much part of who we are together.

So fast forward to today. With our lifestyle changes in the past year and the increase in openness, trust and vulnerability this type of relationship brings about, Frank and I have been diving deeper into our sexual histories. We each knew bits and pieces but both of us have had further stories to share. He, like me, had early in life sexual experiences which I won't recount here as those are his stories. However, I will share, with one of his reveals, I now have a reason for an incident that occurred when we were first dating and an explanation for a behaviour he has exhibited for many years ... yes, also a realization.

In addition to sharing histories, we have also become more open about sharing and discovering our sexual fantasies - one would think after nearly 48 years together all would have been revealed by now but turns out that is not the case. In the past our bedroom D/s dynamic consisted of me giving myself over to Frank to do as he wished and/or understood my wishes to be. In hindsight, I was passively submissive - very different from the active submissive role I/we are working towards today. It is only with our rediscovery of our D/s relationship and me delving deeper into the blogworld of D/s couples in long term relationships, that I have been able to put words and descriptors to some of the fantasies I have had for years.

One of things we've talked about recently is role play. Given I am a crap actor and Frank doesn't think of himself as much better (although I'd beg to differ), it's not something we've done a lot of other than from a dress up costume perspective (me). We had been talking about something in particular over the course of a couple of weeks and finally decided to give it a try. The other night, Frank had me take a bath, gave specific instructions as to my attire and then he set the scene. I won't go into details, except to say it pushed all my erotic embarrassment buttons and was hot! ... beyond hot! ...

In our aftercare time of cuddle and talk, we gave each other an acting critique :>) ... turns out he is the better actor - good thing as he had the more demanding role. Although my role wasn't all that taxing on my non existent acting skills, apparently I made all the appropriate noises ... lol!


By NoraJean at April 20, 2019
Email ThisBlogThis!Share to TwitterShare to FacebookShare to Pinterest